What is a SAFE Note and does it Qualify as Section 1202 QSBS? 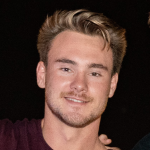 What even is this so called SAFE note?

A “SAFE” note stands for simple agreement for future equity. SAFE notes were invented by the famous Silicon Valley accelerator fund Y Combinator. Since 2013, SAFEs have become popular with founders as opposed to convertible notes because they are simply an agreement for future equity. Convertible notes in most cases accrue interest and are treated as a debt security until conversion, whereas SAFE notes are not debt but an equity like security.

SAFE notes are similar to convertible notes in the fact that it allows founders to raise money without putting a price tag on their company, but unlike convertible notes, SAFE notes are not considered convertible debt. SAFE notes are just a simple agreement for future equity with no interest or future payment obligations. SAFE notes will convert either at the discretionary of the investor or at the next priced round, depending on the conversion clause in the SAFE note agreement. Just like convertible notes, SAFE notes will convert at either (a) a discount, or (b) a cap. It depends on the pre-money valuation of the subsequent priced round. The cap is intended to protect the investor from being diluted in a subsequent high valued round and the discount is intended to make up for the risk of the investment.

So my SAFE note is basically stock so it qualifies for Section 1202, correct?

SAFE notes do qualify for Section 1202 QSBS, but only at (i) the date, the note is converted, and (ii) the original investment in the SAFE note. QSBS must be held for five years and that timeline does not start until the SAFE note is converted from a simple agreement to equity on the cap table.

I just had a big gain on my SAFE note conversion, which is part of my QSBS basis right???

SAFE notes convert at either (a) a discount or (b) a cap it is definitely a stretch to say that section 1202 uses the value of the investment after the conversion for the basis in the QSBS. Generally, when SAFE notes are converted they will immediately have an unrealized gain due to the discount or “cap”, which is a valuation below the current priced round. The built-in gain on conversion is not included in the QSBS basis. QSBS only covers the original investment in terms of dollars. The built-in gain will be included in the capital gain tax exclusion when the stock is sold.

Can I have a real-world example to walk me through how these SAFE notes work?

An investor invests $1 million in a SAFE note vehicle that converts at either a 20% discount or a $10 million cap. In six months the company is raising more funding at either (a) a $10 million or (b) a $15 million valuation. *There are two separate valuations so that we can give you two conversion scenarios below.

In both examples, the investor immediately had a hefty gain 6 months later due to the discount and cap, but the note diluted the founders’ equity position more than a priced preferred stock round. Although, the discount and cap are to compensate the investor for the high-risk investment they made it does negatively affect the founders’ equity position in the long-term/

Are there nuances between the discount and cap affecting my QSBS basis?

No, the discount and cap have no affects on the basis of QSBS. In the above example the SAFE note QSBS basis once converted would be $1 million regardless of the out come. The conversion gain of $250k in the first example and $490k in the second example would both be included in the capital gains tax exclusion when the QSBS is sold.

Can My QSBS Gain(s) Be Excluded from Taxes?

Do I Owe Taxes on the Built-Gains of the Property Exchanged for QSBS?

One thought on “What is a SAFE Note and does it Qualify as Section 1202 QSBS?”

This may be a good place to introduce yourself and your site or include some credits.